Sicily is an island of great beauty, a perfect concentration of history, architecture and culinary delights, where incandescent volcanoes light up the sky, mountains show off their majesty, and where the sea has sculpted a coastline of stunning variety and limitless beauty.
Eternal crossroads of the Mediterranean, Sicily is a vast open-air museum. This pearl of Southern Italy continues to seduce visitors with its incredible variety of landscapes and cultural treasures. The island can be discovered and experienced through a series of cycling itineraries that we have meticulously developped for you, which include different areas of interest ranging from nature to history and traditions: the beautiful Late Baroque towns in the south east such as Noto, Catania and Caltagiorne, only to mention a few; the ​archaeological sites in the western part, like the one of Monte Jato, Segesta and Selinute; the Vendicari Nature reserve on the east coast and the Zingaro Nature Reserve on the west coast; not to mention its beautuful beaches from the North West to the South East, amongst the best in the Mediterranean.
Discover our bike tours in Sicily 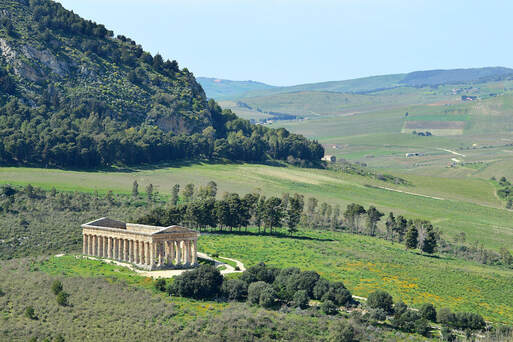 5 reasons to visit Sicily by bike